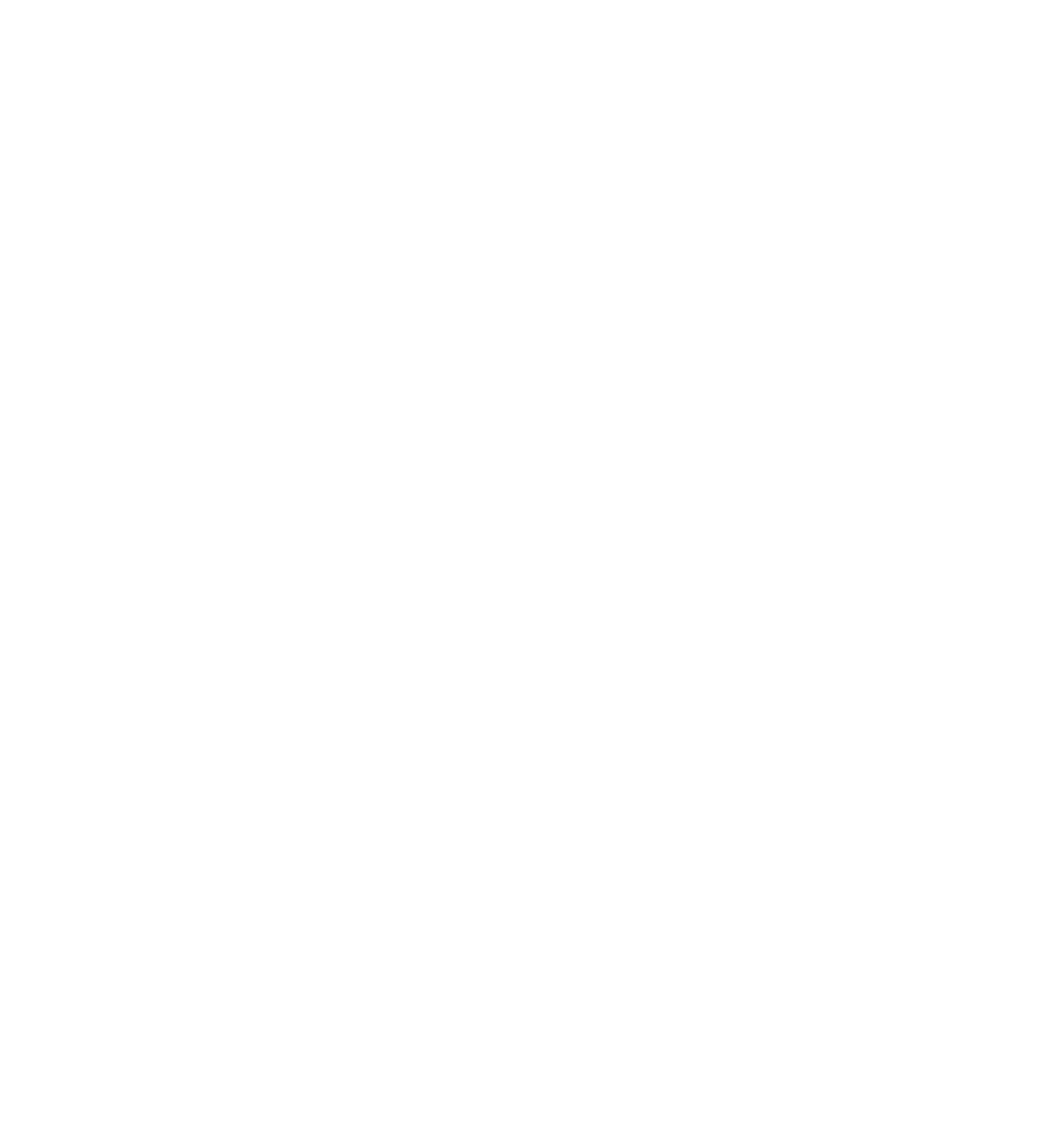 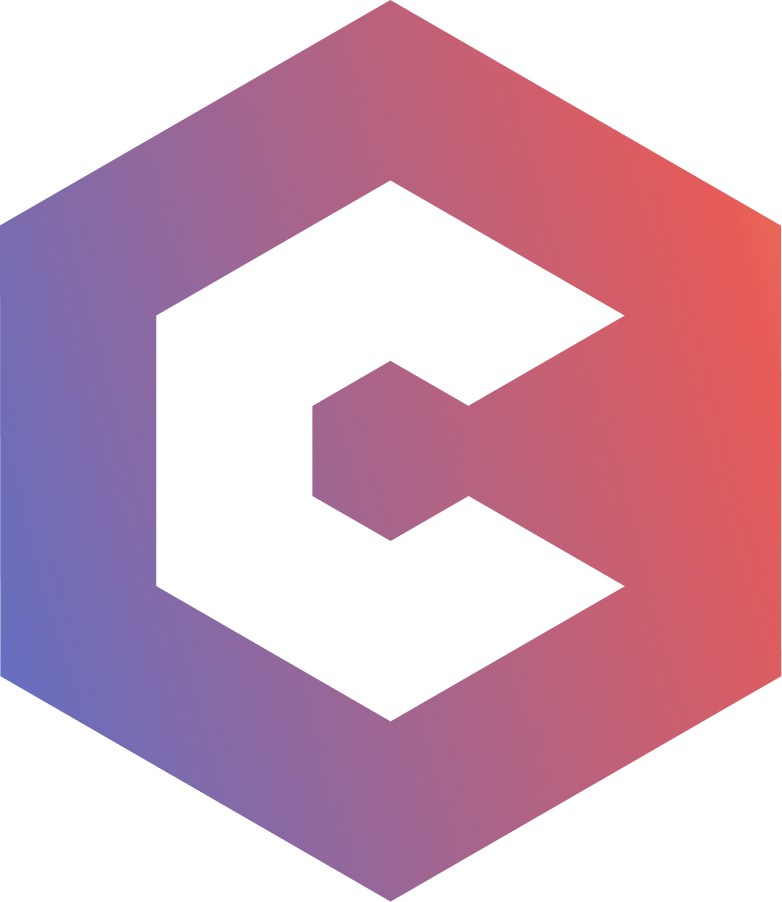 IDEATION
Take the data and jump right in. 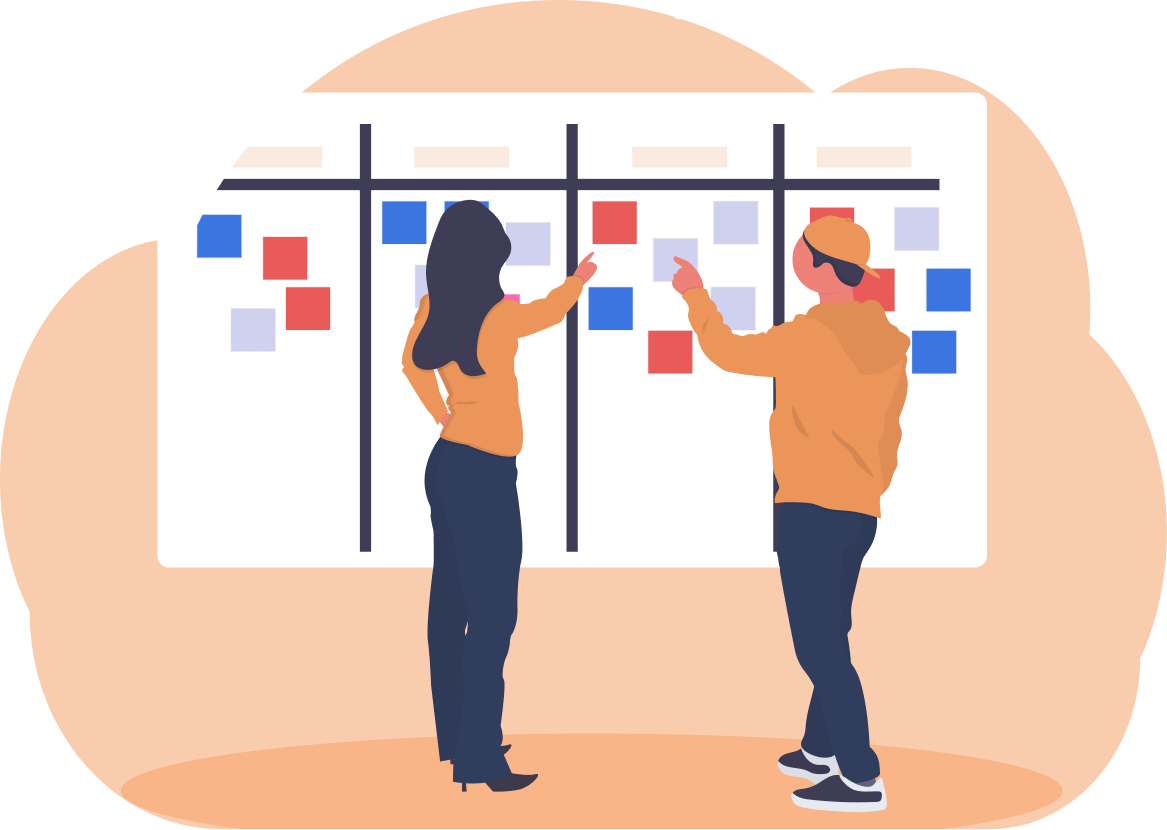 After our successful experience prototype and extensive data analysis, it was time for us to start coming up with potential solutions. We knew we were establishing some form of economic model that established an ecosystem of P2P and P2I exchanges. This meant we were beginning the second half of the double diamond design process: Ideation. 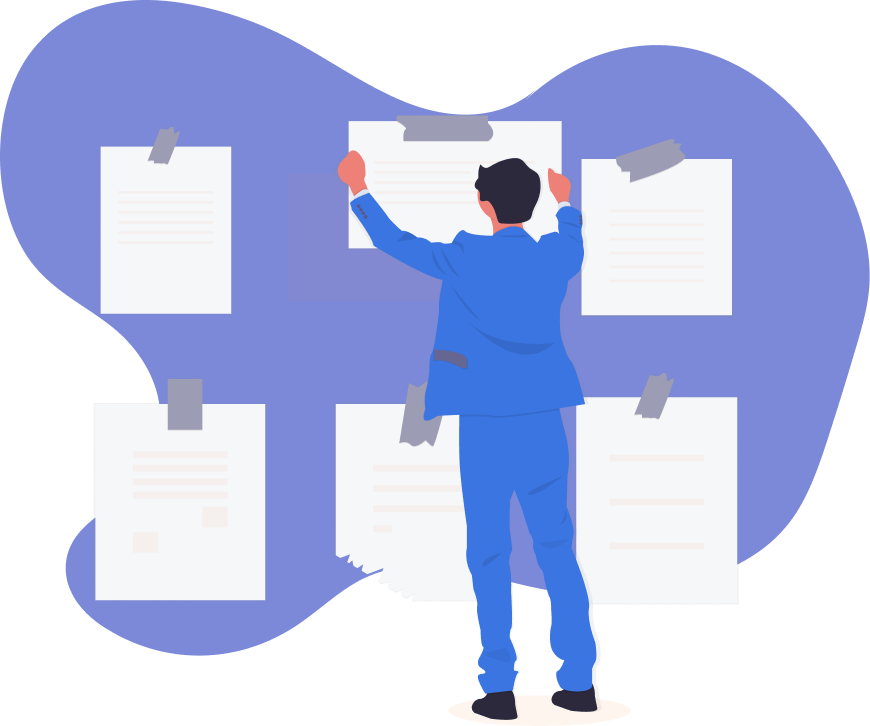 Our primary method to begin ideation was a combination of storyboarding and speed dating. By storyboarding we came up with various possible implementations of the CRYPTA cryptocurrency ranging from highly feasible to entertainingly outrageous. The purpose was to see how many ideas we can outline with a story arc. 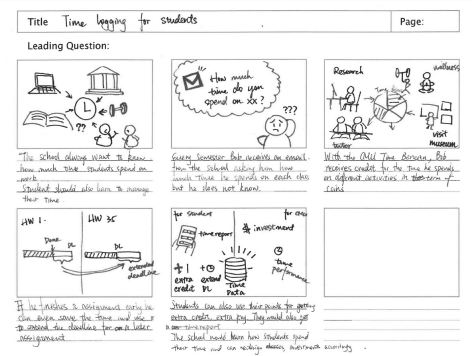 A proposed tool to help students log their time. 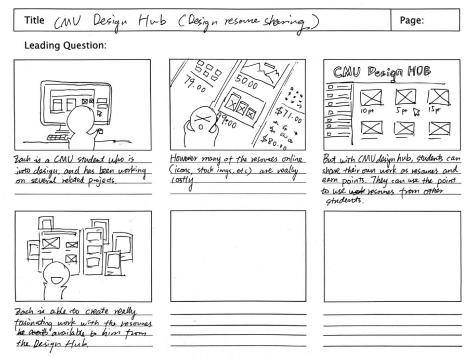 A proposed online market for student made designs. 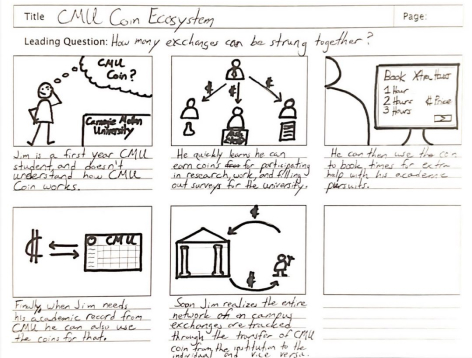 A proposed ecosystem that produces coin for engagement. 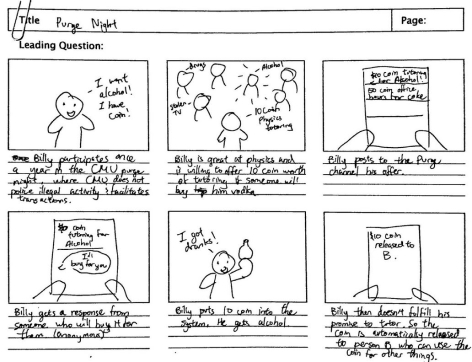 A proposed P2P exchange of coins for services. 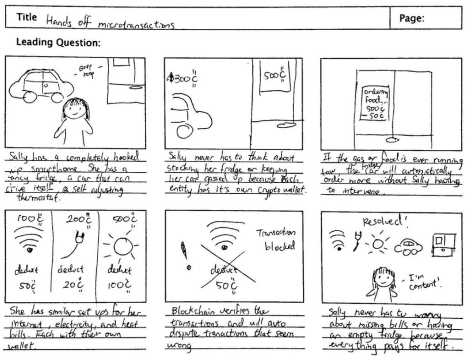 A proposed system of microtransactions that happen behind the scenes. 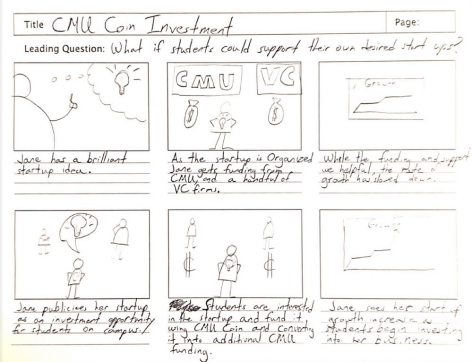 A proposed system to allow students to invest in CMU based startups.

The second portion of our ideation process was speed dating which involved us taking our storyboards out to the users the system will be designed for. We established a uniform script and incentivized our users to engage with us. Furthermore, we got some valuable feedback from them and that further realized the pros and cons of our ideas. 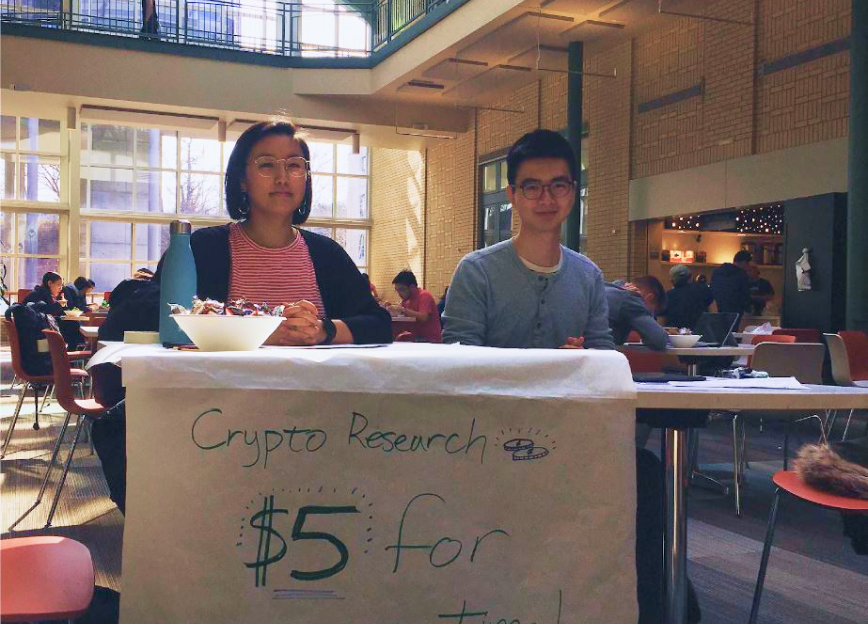 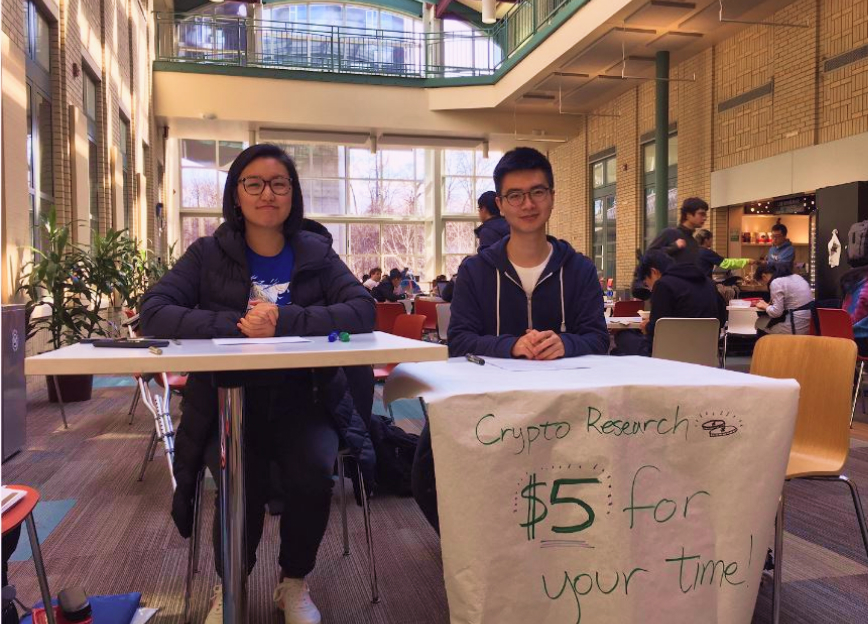 Taking all the notes we had from our users we jotted everything down on the board and used it to inform the narrowing portion of the double diamond design process.

We wanted to explore whether we could outline an envrionment where people do not need to monitor every single transaction.
Allowing for rapid automatic transactions invisible to daily life.

When handling any kind of currency there is eventually a need to spend it.
We began to think about a unique online and offline place specifically designed to be used with our cryptocurrency.

Many students do not get the opportuntiy to try investing. Also many startups do not get the publicity and support they need from normal people.
We explored if it was possible to solve both problems.

One aspect of our design process that has always been on our mind is what happens when you exit the system.
Can you still shape the system? Is there a new system to join?

Having identified the potential for a major economic model as our final solution and prototype we decided to explore the potential for how users might view the system from a non-financial perspective. We were motivated by the fact that people rarely interact with a system solely from a practical financial perspective, and there are personal values that come into play. We decided to explore some non-financial values we identified within ourselves and how they can be connected with the economic system we suggested. Ultimately, this led to our break through and our suggested solution.

Every member of the group came into the meeting with specific values they had identified as important to them, that were not directly associated with a financial number. We diagrammed and organized these values and realized there were some major categories arising. 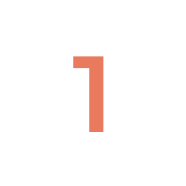 One of the biggest non-financial values that all group members listed as important. Naturally, everyone wants respect. 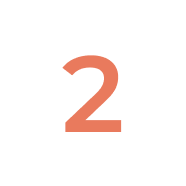 We also described this as Legacy. Many people value being able to leave something behind that will outlast us. 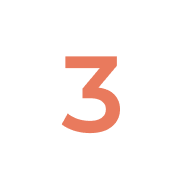 While many people value things that relate to themselves or their person. We realize we are all connected and that connection is vital. 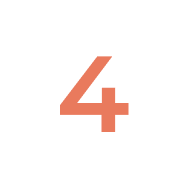 Everyone has soemthing they want for themselves. We all want appreciation, recognition, or even bragging rights. 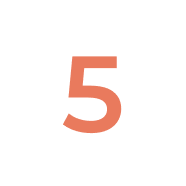 Being able to take care of oneself is a value that many people pass up on in exchange for other things they value. Still important! 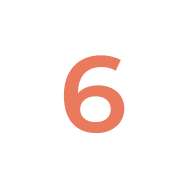 Encountering obstacles and having experiences make us who we are and these serendipitous events are valuable. 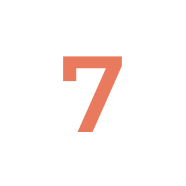 We are all our own people. We want to be able to maintain our independence, privacy, and uniqueness. 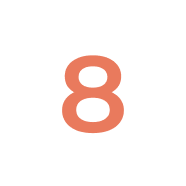 Acting kind and helping others is something that everyone values. Not only does it feel good to help, it also helps someone else feel better. 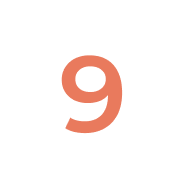 This was a final value of appreciating beauty and recognizing that there are abstract things that attract our attention.

After these categories began to arise we conducted an exercise of Crazy 8’s to come up with potential market connections that tie in the non-financial values in the cryptocurrency system we were designing.

Having come up with these connections between our values and our economic model we crafted journey maps that would display the motivations and actions of our future users as they engage with our system.

A customer journey map outlining how a two or more users can interact in the same space with the cryptocurrency from onboarding to exiting the system.

A customer journey map outlining how a two or more users can interact online with the cryptocurrency from onboarding to exiting the system.

Another version of the online interaction between peers using the cryptocurrency system. With a varient to the onboarding system.

Here the online peer exchange was setup with a referral link from another peer.

Here we have a user interacting with a campus vendor and also getting the chance to be onboarded by the vendor when begining to purchase goods and services.

While walking the wall the team discussed the need for our suggested solution to be far more interconnected than what we had previously envisioned. The current system felt as though users were being strong armed into a system where they needed to replace all dollar values with our cryptocurrency. However, our goal was to have a system that seamlessly built on top of the lives of our users and simultaneously used all the powerful tools available through cryptocurrency and blockchain. Our newest implementation of CRYPTA treats it as a reward system that uses the functions of cryptocurrency and blockchain to allow for more secure tracking of the reward points each individual user in the system has. 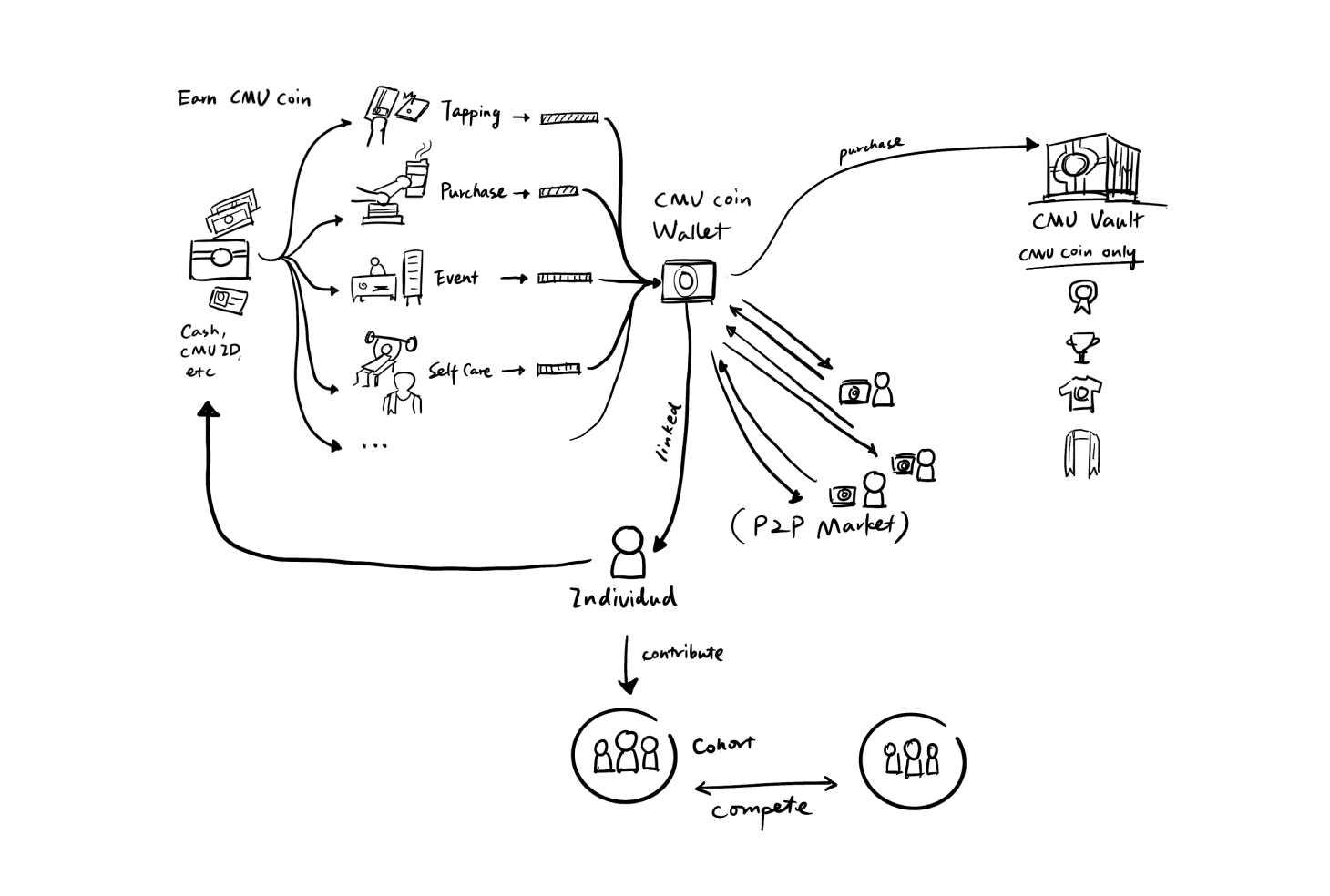 A much more detailed walk through of the system can be accessed through this interactive prototype: 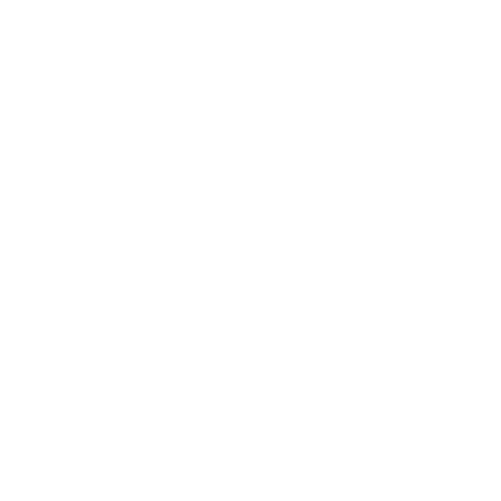 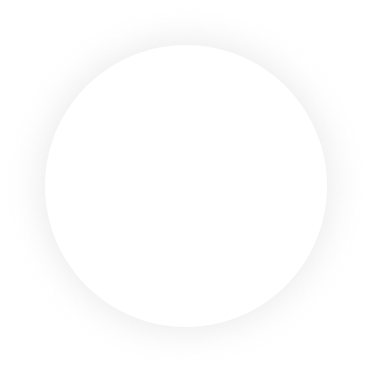